Spells and Rituals for July 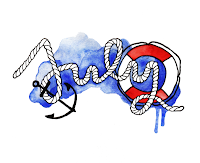 Previously, it was called Quintilis in Latin, since it was the fifth month in the ancient Roman calendar, which traditionally set March as the beginning of the year before it was changed to January at the time of the decemvirs about 450 BC. The name was then changed by Augustus to honor Julius Caesar, who was born in July. In the ancient Roman calendar the ides of July fell on the 15th day of the month.

This page serves as a jumping off point for July holy days, spells, magicks, lore, rituals, superstitions and  more.

General information on the month of July:

Email ThisBlogThis!Share to TwitterShare to FacebookShare to Pinterest
Labels: July Spells and Rituals