Here is a basic listing of what Turkeys mean in a "magical" sense.

Turkeys have been a symbol of thanksgiving and abundance long before the Pilgrim’s ”first meal” in 1621 with the Native Americans.

Native American Indians view the turkey as a both a symbol of abundance and fertility. The turkey was the guest of honor (sacrificial, that is) in various fertility and gratitude ceremonies. The Creek tribes still practice the turkey dance during its annual fire festivals. The feathers of turkeys are also used in rituals.

The turkey was thought to be sacred to ancient Mexican cultures. The Aztecs, Mayans and Toltecs viewed the turkey as a “jeweled bird” and also referred to it as the “Great Xolotl.” Male turkeys were honored for it’s beauty and essence of cocky pride.

Turkeys (like the peacock) give clear signs of agitation prior to poor weather conditions This is often seen by primitive cultures as a symbol of foretelling.

Turkeys are at their peak of power in the autumn months. As fall season animals, turkeys are also symbolic of:

The turkey is also a symbol for male virility and pride. This isn’t surprising when we observe male turkeys in the wild. They are quite noble looking as the strut & fan their impressive plumage for all to see.

When the turkey visits us it is a sign that we must be mindful of the blessings bestowed upon us each day. Further, it is a message to express our strength and brilliance - it’s time to show our own plumage and reveal true selves.

Posted by Shirley Twofeathers at 2:37 AM No comments:

I am so sorry to do this to you, but this post has been moved to my new website, Gypsy Magick and Lore (hosted at shirleytwofeathers.com) and can be found in its entirety here: Granny's Shooshi Dinner
Posted by Shirley Twofeathers at 4:05 PM No comments:

If a man be anointed with the juice of the herb Rue, the poison of wolf's bane, mushrooms, or todestooles, the biting of serpents, stinging of scorpions, spiders, bees, hornets and wasps will not hurt him.
~John Gerard, The Herball, 1597
Posted by Shirley Twofeathers at 7:25 PM No comments: 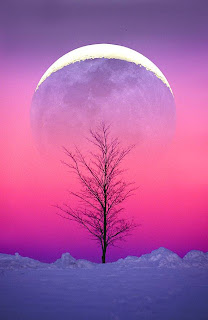 November’s Full Moon beckons us to look deep within. With the Sun in Scorpio, the Snow Moon is a potent time to look beyond the obvious. This is an excellent time for dreamwork and lends its energies easily to meditation and divinatory efforts as well as projects that require endings....

I am so sorry to do this to you, but this post has been divided up and moved to my new websites, The Pagan Calendar and Book of Shadows (hosted at shirleytwofeathers.com) and can be found here: Snow Moon and Snow Moon Manifestation Spell