According to the old Roman calendar - today is a day of bad omens. So, I thought it would be appropriate to post this excerpt from a little book called Signs Omens and Portents in Nebraska Folklore, published in 1933: 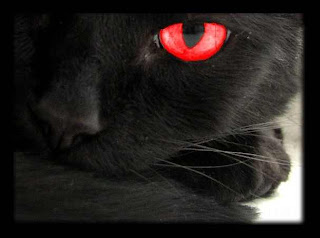 Signs of evil portent are among the most common of surviving folk beliefs in Nebraska. In number and currency they rival the popular omens concerned with weather and marriage and they are regarded with perhaps a greater degree of seriousness than signs of the latter type....

... I am so sorry to do this to you, but this post has been moved to my new website, The Pagan Calendar, and can be found in its entirety here: Day of Bad Omens
Posted by Shirley Twofeathers at 1:12 AM