The full moon in February is known as the Quickening moon, it marks the official end of winter, and the quickening, the renewal of all things. While the skies are still gray, and the weather is cold, beneath the surface life begins to secretly stir. 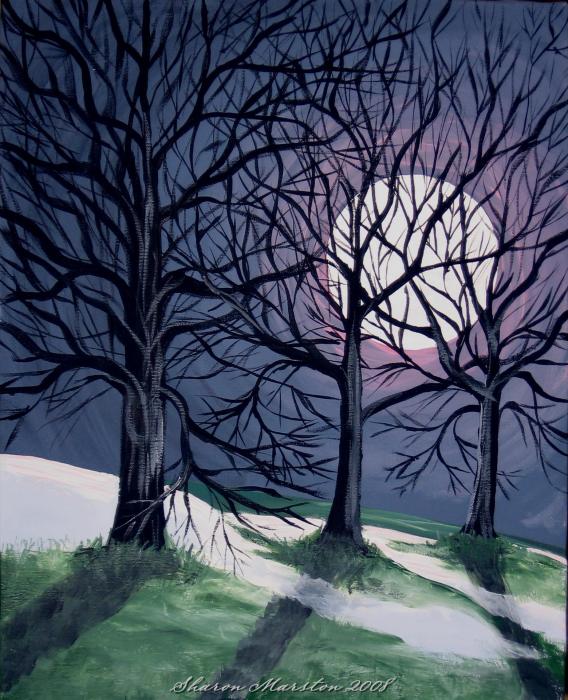 This moon phase is a time of abundance, ripening and completeness, heavy with fertility and female divinity. It is a time when the potential of all things begins to stir towards birth in spring, a time to work on our own inner power and confront personal truths in preparation for birth....

... I am so sorry to do this to you, but this post has been moved to my new website, The Pagan Calendar, hosted at shirleytwofeathers.com, and can be found in its entirety here: Quickening Moon
Posted by Shirley Twofeathers at 12:45 PM No comments: 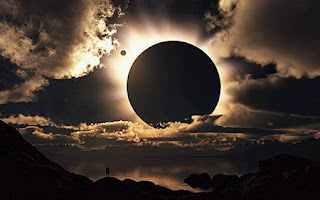 The solar eclipse is the symbol of the Dark Lord, also called the Lord of Shadows, the Leader of the Wild Hunt, Hades, Pluto and the death and resurrection aspects of Cernunnos, Dionysus — and, on a cosmic level, Shiva, among others. The Christian comparison is the portion of the crucifixion of Jesus when he descends into hell then resurrects. As such, the solar eclipse (the Bible story of the crucifixion states the sun darkened at 9.00 am) is a time for ritual observances that link the practitioner with the death passage portion of the cycle of life....

... I am so sorry to do this to you, but this post has been merged with another viewpoint on the solar eclipse, and the two of them have been moved to my new website, The Pagan Calendar, you can see both of them together in their entirety here: The Solar Eclipse and Magick
Posted by Shirley Twofeathers at 2:09 PM No comments:

Magick of the Lunar Eclipse

The lunar eclipse is the symbol of the Crone, also called Hecate, Hel, Mother Hulda, the Snow Queen, Bone Mother, Demeter (when searching for Persephone and the earth's vegetation dies) and Sekhmet....

... I am pretty sure this is a duplicate post, and it has been moved to my new website, The Pagan Calendar, it can be found in it's entirety here: The Lunar Eclipse and Magick
Posted by Shirley Twofeathers at 2:02 PM No comments: