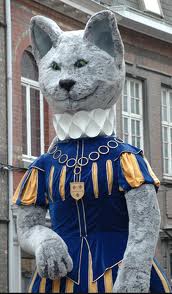 The Kattenstoet, Festival of the Cats, is a parade in Ypres, Belgium, devoted to the cat. It is held every third year on the second Sunday of May. Most recently it was held on May 13, 2012.

The parade commemorates an Ypres tradition from the Middle Ages in which cats were thrown from the belfry tower of the Cloth Hall to the town square below. Symbolically reviving this practice for the parade festivities, a jester tosses plush cats from the Cloth Hall belfry....

... I am so sorry to do this to you, this post has been moved to my new website, The Pagan Calendar, and can be found in its entirety here: Festival of Cats
Posted by Shirley Twofeathers at 8:56 AM No comments:

Email ThisBlogThis!Share to TwitterShare to FacebookShare to Pinterest
Labels: Cat Magick, May Spells and Rituals 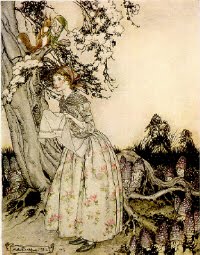 The fair maiden who, the first of May,
Goes to the fields at the break of day
And washes in dew from the Hawthorn tree
Will ever after handsome be.


More beauty spells can be found at my new website, Book of Shadows.
Posted by Shirley Twofeathers at 4:49 AM 1 comment: