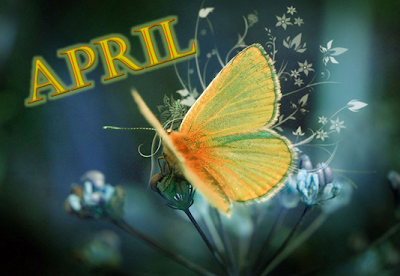 The name April comes from the Greek goddess Aphrodite, who is identified with the Roman Venus. Because the Christian holiday of Easter sometimes falls in this month, the Anglo-Saxons and Franks called it Easter Month; of course, the word Easter comes originally from the name of the Pagan goddess Eostre, deity of Spring, fertiilty, and new life. The Romans called this month Aprilis, a time of unfolding leaves and flowers....

... I am so sorry to do this to you, but this post has been moved to my new website, Pagan Calendar, and can be found in its entirety here: April Magick and Lore
Posted by Shirley Twofeathers at 4:00 AM

Email ThisBlogThis!Share to TwitterShare to FacebookShare to Pinterest
Labels: April Spells and Rituals