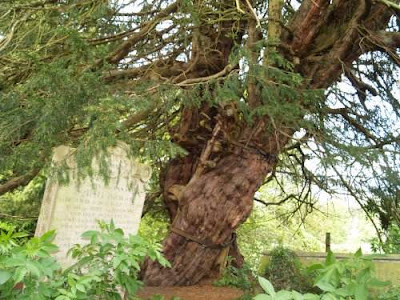 According to Celtic tree mythology, the Yew is the tree of the day before the Winter Solstice (Approx. December 21).


Magical History and Associations: The name "Yew" is a corruption of the Anglo-Saxon word 'eow'. The word 'Taxus' is from the Greek word 'Taxon', meaning 'bow'. The 5000 year old "Ice Man", discovered in the Alps, had a bow and axe handle made of Yew....

...I am so sorry, but this post has been moved to my new website, Magickal Ingredients, and can be found in its entirety here: Yew Magick and Lore
Posted by Shirley Twofeathers at 5:00 AM