"You’re right to come, Marcher; your days demand their place
and the month that bears your stamp is here."
~Ovid 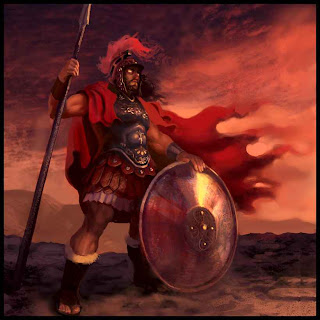 March (Martius), the first month of the lunar calendar, was named after Mars and the entire month was dedicated to Him. The festivals reflected a purification and regeneration of the arms and fields, marking a time when farmers had to think of cultivating and protecting their lands. The efficacy of Mars’ divine aid was much needed in preparation for the seasonal crop growth and upcoming military campaigns, as wars often began or were renewed in the spring.

March 1st was the lunar calendar’s New Year’s Day, and may have also been Mars’ birthday. The festival of Quinquatrus (named for its length of five consecutive days) commenced on 19 March when the ancilia of the Salii and the weapons of the whole army were purified. On 23 March, the Romans venerated Mars during the Tubilustrium, a cleansing ceremony for the trumpets used in sacred rites and the instruments of the entire army....

... I am so sorry to do this to you, but this post has been moved to my new website Pagan Calendar, and can be found in its entirety here: The Marcher
Posted by Shirley Twofeathers at 10:17 PM