Festival of the Boundary Markers 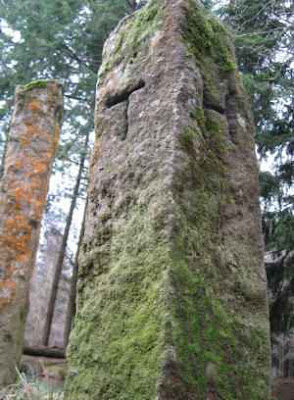 Termini in Roman mythology began as boundary markers between wilderness settings. The termini were rural boundary stones marking property lines between fields and neighbors. There was an annual ceremony each 23rd day of February called the Terminalia when first fruits were offered and libations of oil and honey were poured over the termini to renew the power or forces within the boundary stones between properties. Ovid presents the story as follows

When night has passed, let the god be celebrated
With customary honour, who separates the fields with his sign....

... I am so sorry, but this post has been moved to my new website, The Pagan Calendar, and can be found in its entirety here: Festival of the Boundary Markers
Posted by Shirley Twofeathers at 7:02 AM