Februalia, Februa, and also Februatio, was the Roman festival of ritual purification, later incorporated into Lupercalia. The festival, which is basically one of Spring washing or cleaning (associated also with the raininess of this time of year) is old, and possibly of Sabine origin. According to Ovid, Februare as a Latin word which refers to means of purification (particularly with washing or water) derives from an earlier Etruscan word referring to purging. 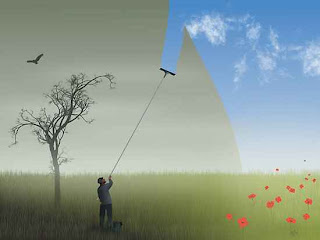 Here is a ritual for Februata, and is appropriate any day during the month of February:
... I am so sorry, but this post has been moved to my new website, The Pagan Calendar, and can be found in its entirety here: The Februalia
Posted by Shirley Twofeathers at 1:09 PM

Email ThisBlogThis!Share to TwitterShare to FacebookShare to Pinterest
Labels: February Spells and Rituals