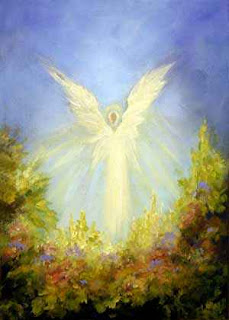 A great many cultures around the world have believed in beings that we call angels. These great helpers of humankind are described in nearly all the sacred books of the world religions. Among the ancient religions and races that believed in angels were the Egyptians, Romans, Greeks, Persians, Muslims, Japanese Shintoists, Jewish Qabalists, Hindus, and the Maoris.

The deep teachings of the Jewish Qabala called the the "shining ones." The Old and New Testaments and the aprocyphal books of the Hebrews and Christians are full of references to these beings. Even the Arabic Koran tells of angels...

... I am so sorry to do this to you, but this post has been noved to my new website, The Powers That Be, and can be found in its entirety here: Angels
Posted by Shirley Twofeathers at 4:30 AM