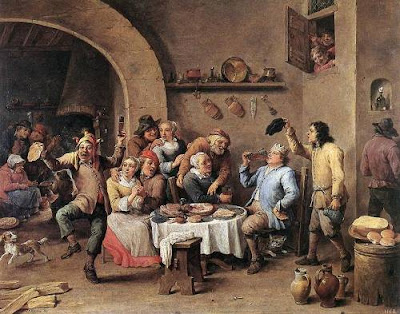 In Old England, The Twelfth Night marked the end of the winter festival that started on Samhain. The Lord of Misrule symbolizes the world turning upside down with the coming of winter. In the middle ages, the Twelfth Night began on the eve of December 25th moving forward 12 days to January 6th, hence the name the twelve days of Christmas.

The Twelfth Night festival marked the onset of the winter solstice, the point in late December when the sun, whose daily arc had reached its lowest, darkest, coldest point, began its rise toward the longer, warmer days and the coming of spring. ...

I am so sorry to do this to you, but this post has been moved to my new website, The Pagan Calendar (hosted at shirleytwofeathers.com) and can be found in it's entirety here: Twelfth Night