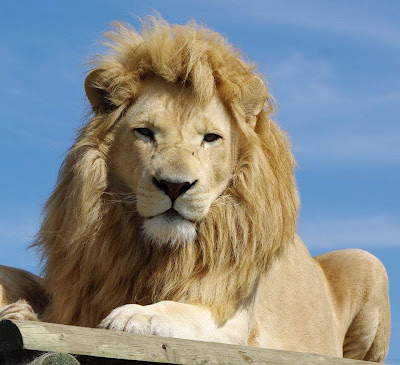 In ancient Egypt, this living creature was a metaphor for the ferocious heat of the sun. It was said that the sun rose in the east over the backs of two lions which represented the mountains. This symbol was referred to as the 'double lion' and was considered a form of the sun god Ra.

The lion is an Etruscan and Greek charm for strength and bravery. Live lions and leopards were used as mascots by Assyrian kings who had them trained and brought along to battles.

Throughout history, lions’ faces have often been added to architecture, such as in the design of door knobs and knockers in order to protect the inhabitants of a residence against the entrance of negative energy.

It is believed that wearing a lion's claw will bring strength to the wearer. This is why the paws of lions are used so extensively for the carvings of the legs of chairs and tables, as being emblems of strength and stability.

Images of lions can protect sacred ground. Lions are symbolic of just laws and fairness prevailing. Use the image of a grown lion to inspire strength and courage, and of baby lion cubs to inspire mercy and gentleness.