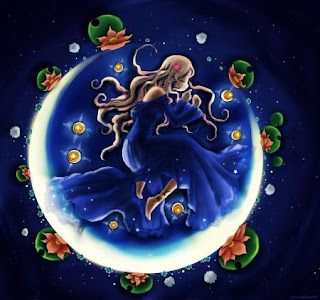 Among the most powerful of all lucky symbols, the crescent is especially lucky for children and their mothers. In ancient Egypt, the crescent moon was the symbol of Isis, the mother of the gods. As it's symbolism spread throughout the world, it eventually became the symbol of paradise, especially when represented with a star.
Posted by Shirley Twofeathers at 7:30 AM