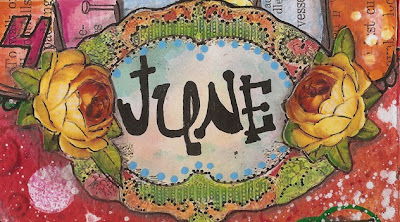 The original Roman name for this month was Junoius, after the Great Mother Goddess Juno; her counterpart among the Greeks was Hera. The Summer Solstice has been and still is important to many religions and cultures around the world. Not only was it sacred to goddesses of fertility, marriage, and love, but it was considered to be a time when faeries, elves, and many other supernatural beings were abroad in great numbers.

This Moon has enormous energies for calling upon and working with elementals of all types. Tides of psychic energy flow freely, enabling even the most staid of people to experience unusual happenings.

The Summer Solstice festival in Slavonic-Russian cultures was called Kupalo and Jarilo. Other names were Kostroma, Sobotka, Kresnice, and Vajano. Kupalo/Kupala was the name of an ancient Slavic deity, originally a goddess, later a god. Special features of this festival were the lighting of fires, the sprinkling of water, and foretelling the future.

The Full Moon festival of Edfu in Egypt honored the goddess Hathor. The cow horns on her head represented the Crescent Moon. Every year at the new Moon the stature of Hathor was taken from her temple at Dendera and transported by boat to the temple of the god Horus at Edfu, arriving on the Full Moon.l This festival celebrated the frank sexual union of the two deities. It was a time of great festivities and very likely human marriages, since it was considered a period of good luck.

The Egyptian festival called the Burning of the Lamps took place in Sais in the temple of Isis. There, in an underground chapel beneath the main temple, was a wooden coffin for the god Osiris. Priestesses, priests, and initiates gathered in this hidden place carrying lamps. Then they marched in a procession around the coffin. The Egyptians said it was the light of the Moon that Isis called upon to bring Osiris back to life. Myth says that when Osiris ascended to the heavens, he went to the Moon.

In Rome, the month of June was sacred to the goddess Juno and therefore a lucky month in which to be married. It was also a time for the Vestal Virgins to cleanse the penus (a sacred vessel) in the Temple of Vesta.

The Roman celebration of the Ludi Piscatari, or festival of the fishermen, was really a blessing of boats. They believed that every boat had a personal spiritual entity. If the powers that went into the boat during its building were not in harmony with the entity, the boat would never ride easily on the water; it would always fight with the wind and the waves. The ritual of blessing the boat harmonized the energies imbued in the vessel, making it lively, willing, and enduring.

The Celtic Day of Cerridwen and her cauldron may have originally been associated with the Summer Solstice. Cerridwen of Wales was a Dark Moon goddess; her symbols were the cauldron, grain, and the Moon. The white, corpse-eating sow, representing the Moon, was one of her animal emblems.

In Tibet, this was a time of masked sacred dances and mystery plays. They had celebrations of the Medical Buddhas and of the Birth of Padmasambhava, who was considered to be a great spiritual teacher.

To the Incas in the Southern Hemisphere, this was the season of the Winter Solstice, since seasons are reversed. They had the Feast of the Sun, or the Inti Raymi, to celebrate the maize harvest. Chanting would last from sunrise to sunset. Inti was the Sun god of the ruling dynasty, represented by a great golden disk with a human face.

Posted by Shirley Twofeathers at 6:30 AM

Email ThisBlogThis!Share to TwitterShare to FacebookShare to Pinterest
Labels: June Spells and Rituals