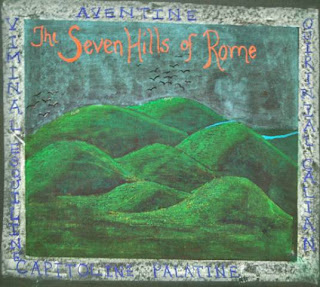 The Septimontium was a Roman festival of the seven hills of Rome. It was celebrated in September (or, according to later calendars, on December 11th). They sacrificed seven animals at seven times in seven different places within the walls of the city near the seven hills. On that day the emperors were very liberal to the people. During the Septimontium in the Republican period, Romans refrained from operating horse-drawn carriages.

The erudite Roman Varro (116-29 B.C.) says the name of Rome was once Septimontium. This would have been before the people living on or around the 7 (septem) hills (montes) called their city Rome. This is also the name of a December 11 festival which included a walk around the hills. In A Topographical Dictionary of Ancient Rome

, Samuel Ball Platner says Roman antiquarians believed the festival was based on the inclusion within the Roman city limits of the seven hills. There is debate over which hills were included.