Iron as a Magickal Ingredient 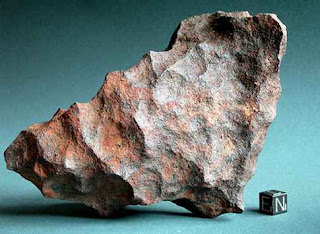 The metal most associated with magic, worldwide, is iron. Because iron is not found in its pure state except as a meteorite, it was known as the Metal of Heaven and perceived as a gift from sacred powers.

Meteors were carved into representations of deities: the original cult statue housed inside the Temple of Artemis at Ephesus, one of the ancient world's Seven Wonders, was carved from a meteorite. The most sacred representation of the goddess Kybele was an uncut meteor, believed by many to remain buried under the foundations of Saint Peter's Basilica, which was built over her roman temple.

Iron provides power and protection. Magically speaking, iron is reputed to restore health, provide vitality, both physical and psychic, and cure impotence. Malevolent spirits are invariably frightened of iron: it repels them and chases them away. Iron boxes protect magical tools the way a lead blanket protects a person during the x-ray process.

Because iron is the metal of truth, traditionally in areas of Africa, and perhaps in some areas still, people would swear on iron in the way that others swear on the Bible or Koran.

One of the simplest protective spells involves placing an iron knife or tool under one's pillow, not to serve as a ready weapon but to offer spiritual protection while you sleep.

Despite or because of its great power, iron is a dangerous, volatile element. Iron is used for healing, in magical ritual, and also through surgery, dentistry, acupuncture, and any field of medicine that requires metal tools. It is also an instrument of deate: knives and guns wound and kill.

Found in: Element Encyclopedia of 5000 Spells

Posted by Shirley Twofeathers at 2:01 AM